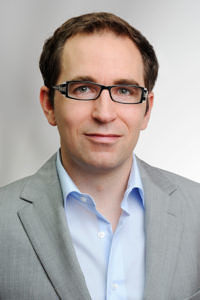 Tobias Wolbring (born in 1982) holds a diploma degree in Sociology (Economics and Social Psychology as minor subjects; 2007) and a Ph.D. degree in Sociology and Economics (summa cum laude; 2013) from Ludwig-Maximilians-University Munich. From 2008 to 2013, Wolbring was a research assistant at the chair of Prof. Norman Braun, Ph.D.) at the Institute of Sociology, LMU Munich. In 2013 and 2014 he was a postdoctoral researcher at the Professorship for Social Psychology and Research on Higher Education (Prof. Dr. Hans-Dieter Daniel) at the Swiss Federal Institute of Technology (ETH) Zurich. From 2015 to 2017 he was an Assistant Professor (Juniorprofessor) of Sociology, with a specialization in Longitudinal Data Analysis in the School of Social Sciences at the University of Mannheim. Since 2017 Professor Wolbring holds the Chair of Empirical Economic Sociology at the School of Business and Economics at Friedrich-Alexander-University Erlangen-Nürnberg. In 2014 Professor Wolbring received the Dissertation Award by the German Sociological Association (GSA) in the same year the Anatol-Rapoport Prize (2014) by the GSA-Section „Model Building and Simulation” and in 2017 the Robert K. Merton Prize (2017) by the International Network of Analytical Sociology. Since 2013 he is co-editor of the SSCI-listed, peer reviewed journal Soziale Welt and council member of the section „Methods of Social Research“ of the German Sociological Association.